Automation could replace all hourly-wage cash register staff in 2,500 US restaurants.

The next time you head up to the counter to order a Big Mac and some fries, don’t be surprised if there’s something missing: a smiling face. McDonald’s is reportedly moving away from human employees with an automated self-check out system that lets patrons place their own orders, pay for their meals, and then retrieve the prepared food items. 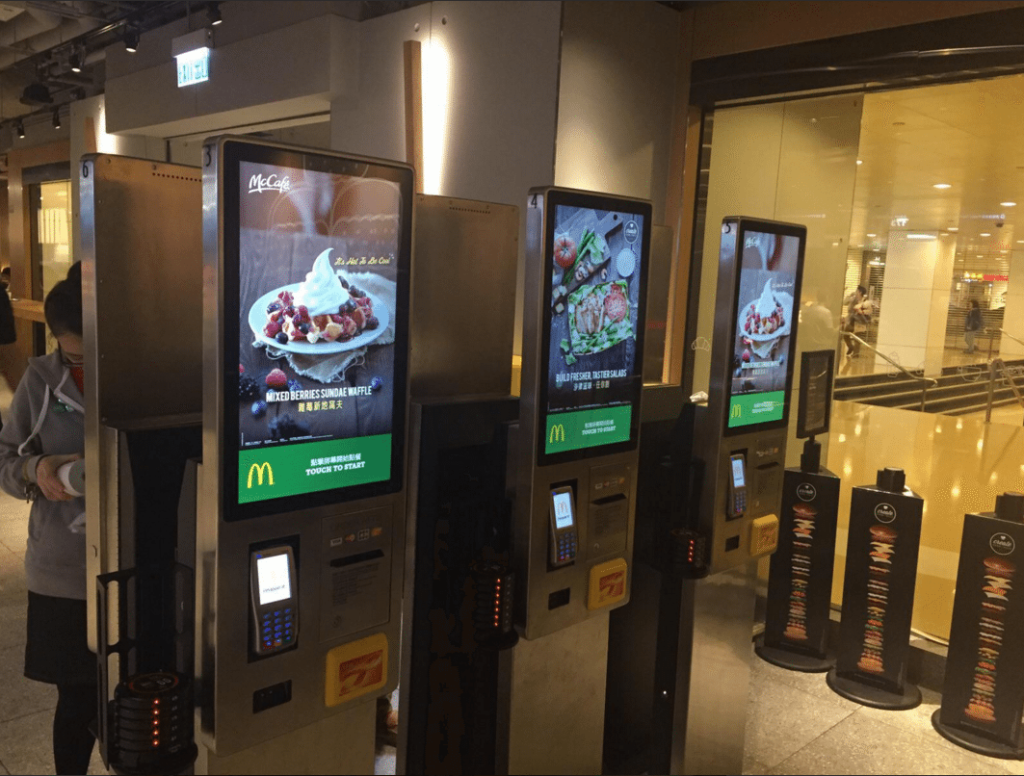 McDonald’s self-serve kiosks are expected to spread to 3,000 locations by 2018.

The self-service kiosks, which are already rumored to be replacing all hourly wage cash register employees in 2,500 restaurants, are expected to spread even further with 3,000 locations in 2018. By the end of 2017, an anticipated 14,000 McDonald’s locations will offer the self-service option, streamlining both sales and order processes in what they anticipate to be approximately an entire percentage point – from 2% to 3% – increase on same store sales forecast.

The issue is a hotly contested one in the United States where McDonald’s is headquartered. The proposed increase in the minimum wage to as high as $15 an hour seems insulting to those who insist that “demeaning” jobs like fast food workers, retail cashiers, and other so-called “unskilled” job shouldn’t result in a comfortable standard of living. Unfortunately, there’s a societal misperception that these jobs were actually intended for high school students or “stepping stone” workers looking to move on to better paying and more highly esteemed careers. With the economic downturn that followed the dot com bust and the real estate bust, even highly educated, seasoned professionals turned to fast food jobs to keep a roof over their heads and food on their tables, food that they could hardly afford from the very restaurants that paid them a few dollars an hour.

With the growing national sentiment in favor of a higher minimum wage, one that would actually afford those workers a decent standard of living, more and more companies are pursuing technology options that would allow them to fire the bulk of their wage earning staff. With the sympathy towards a need for higher wages also comes a shunning of this technology: social media comments on these types of announcements are flooded with threats to take their business elsewhere rather than do business with a computer.