Why is hydropower a green energy source? It is because we are able to harness electrical power by converting water into electricity.

But the hydroelectric plants of today still use the same basic principles as the historical waterwheel with some variations. The difference is that we use the force of the power to push the turbine which in turn powers a generator thus generating electricity.

To make sure that there is a steady flow of power being produced, a dam has to be built to retain the water. If there is a need for more power, the gates of the dam are opened so water can be released. During non-peak, the gates are closed. To ensure there is water at all times, some dams have a recovery and pumping systems to the water released can be used again.

There are issues with the use of hydroelectricity. Some claim that it poses a problem for fish and aquatic plants on both sides of the dam. Because the flow of water has been altered, the nutrient rich silt which helps crops grow could be affected which is exactly what happened when the Aswan Dam was completed in Egypt.

But there are ways to fix that and the bigger picture is that power produced from hydroelectric plants do not generate any emissions or waste which happens to be much better than operating a coal-fired power plant.

There is another way to generate hydropower and you get this form the sea. This is also known as wave power or wave energy which uses changes in the air levels of sealed chambers to power turbines. When a wave rises into the chamber, the rise water pushes the air out which then turns a generator. 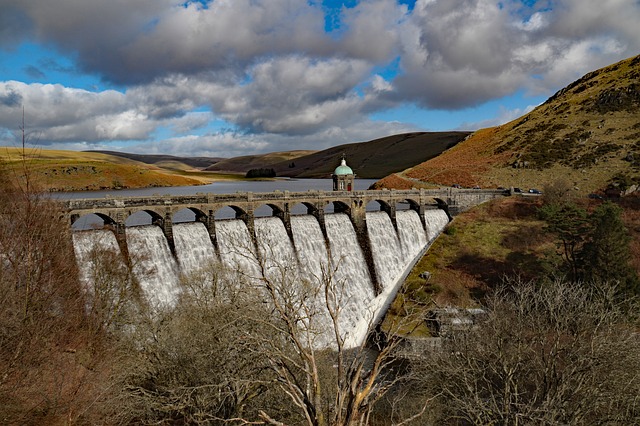 Once the wave goes down, air flows into the turbine and back into the chamber through doors that will close.

These chambers remain afloat on the ocean and how much power it produces varies. A lot of these are used on the western coasts of Scotland, northern Canada, southern Africa, Australia, and the northwestern coasts of the United States. These systems are usually small and can power a warning buoy or a small light house.

There is also tidal energy. The difference with wave energy is that when the tide approaches, the water is trapped in reservoirs behind dams. When the tide drops, the water behind the dam is released thus producing power similar to a hydroelectric power plant.

This can only work if you have tides that are at least 16 feet and since there are only a few places in the planet that can do that.

Lastly, you have ocean thermal energy. Here, you get power based on the different temperatures in the water. For this to work, you need at least 38 degrees Fahrenheit difference between the warmer surface water and the colder deep ocean water. Still in the trial stage, it is used Japan and Hawaii.

Hydropower is a green energy source. It is safe to use and what is even better is that it is renewable.